Miami-based producer and writer Rolando Vinas explains how his frightening new film Investigation 13, released in September, came to be.

-PH: What inspired this rather unique – and very creepy – particular story?

-Rolando: For the record, Clay Smith is the writer of the original screenplay. You need to speak with Clay in order to get the answer to what inspired him. What I will say is that the film itself is very different from what the original script was and although there are elements that are in place that appeared in the original script we decided to incorporate more of the backstory of the killer. The Leonard Craven angle was what Intrigued me most from the original script.

-PH: Did you sit down and watch similar movies before co-writing the script? If so, which ones?

-Rolando: So when we acquired the script I’d say that I worked on approximately seven drafts on my own. When Krisstian came on board we did about five drafts of the script together. I can’t speak for other writers, but I don’t like the idea of watching other films for inspiration. I’m an avid movie watcher anyway. If I were to watch movies it would be to see what worked and what didn’t work in certain films. But sometimes watching other films similar to what you’re writing can muddy things up if you start comparing. At least for me, that is.

-PH: In terms of the script, how much had the original writer done before you and your co-writer took over?

-PH: Do you write with certain actors in mind?

-Rolando: When I write I don’t see any particular actors in my imagination. They are faceless or have generic faces. Once in awhile, the idea of a particular actor will sneak into my head but I try not to fall in love or get attached to that idea.

-PH: Anyone you wanted to get for the movie that you didn’t?

-Rolando: Well, originally MEG FOSTER was not supposed to be a part of the film. The character that she plays was originally male. The idea was to try to find a horror icon so I was considering Robert Englund. But when I was looking at the budget and there was no way that we could make that work. So I made an executive decision to change the caretaker of the facility from male to female. I then went on to IMDBPro and scrolled down the list and immediately MEG FOSTER stuck out to me. Those piercing blue eyes. She was THE ONE. I never considered anyone else after her.

-PH: Where did you discover your cast? There are some great young actors that make this film different than other horror films, in your opinion?

-Rolando: Our casting director did a fine job of reaching out to the local casting agencies in South Florida. We provided them with the character traits and the different looks that the director was seeking. They provided their top three choices. We held auditions. Because the selections that were submitted were top-quality it made the decision very difficult. But in the end, the director and the casting director narrowed down their options and what we were left with was a talented bunch.

There were some surprises along the way. Originally Stephanie Hernandez could not make it to the original auditions that we held. The Director was insistent on wanting to schedule an audition with her. So we met with her and she knocked it out of the park. And the actor who was set to play the Terry character pulled out 3 days before the shoot. We needed to find someone immediately. I scoured Facebook to see who was on my Friends list and stopped on the late William Alexander. He was supposed to go out of town for Memorial Day Weekend. He canceled his trip and got to work. William was a hero. He came in and saved us. We miss him. 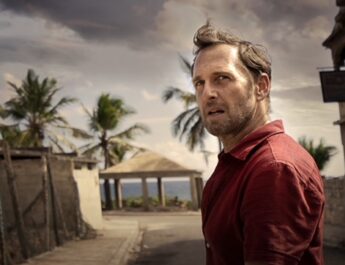