-PH: How did Marla come about?

-Lisa: The premise for the movie came about after a particularly uncomfortable Planned Parenthood appointment. It was in this barbed wire fortress (Texas, ugh), and I wore a romper or something, so when they told me to undress from the waist down, I realized that I was going to have to do the appointment completely naked. They gave me a really small piece of paper to use as a “gown” and cover myself and I accidentally ripped it, so when the doctor came in I was essentially wearing a paper bikini. It was just really uncomfortable and that is what sparked this tale in a very roundabout way.

-PH: Did you always intend on starring in the film?

-Lisa: Part of why I wanted to make a movie is that I wanted to try acting. So, yes, that was the initial intention. At some point during the writing process I sort of let go of that because I was censoring the story based on how I would feel having to act out what I was writing. I told myself I’d reevaluate once it was done. And then things just kind of snowballed in preproduction and I didn’t have time to really think about it much.

-PH: It’s hard to classify the film as simply a horror because there’s so much going on it. How would you describe it?

-Lisa: When I was in high school I hung out with all these skater guys. On weekends they’d spend all day at the skate park and then they’d call me and we’d go to video store and pick out 3 or 4 horror movies to watch. Then we’d stay up all night watching them. As much as I loved it, I did have trouble connecting with a lot of the movies. I always loved the violence and blood and gore, but a lot of them were pretty sexist or didn’t have a lot of story going on. I’d invite some of my girlfriends and most of them wondered why I wasted my time watching these dumb movies. I always thought that if I could make a movie that was more character driven and still a horror movie that women might be more interested in it. I guess the initial goal was to make a dramatic horror movie that women could relate to and enjoy.

-PH: How would you describe your character? She’s a very complex individual.

-Lisa: I’d say that she’s going through things that a lot of women in their 20s who don’t come from money can probably relate to. Marla and Jules both are disenfranchised – some people think the premise of this film is ridiculous “who would get a free IUD?”. But, as someone who was lucky enough to get a free IUD in Washington State, I can really sympathize with Marla – I’ve lived in red states and I understand what kind of obstacles exist to basic healthcare for women. I think that in a sense Marla has a lot in common with me and most women I know working in the service industry. When you don’t fit within the system, or you’re one of the people falling through the cracks, you have to get creative.

-PH: How is it being covered in all that blood!?

-Lisa: It was fine. There are a couple of different recipes that are best for different things. I learned that the hard way. I make all my own blood and am pretty passionate about it, so having to be covered in it wasn’t traumatic in the least.

Marla is now on DVD and VOD. 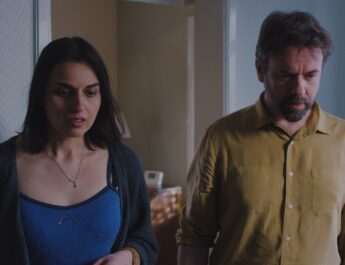 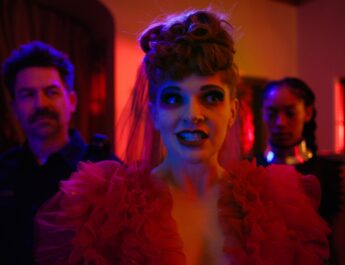