Here are some of the horror DVD/Blu-Ray releases for Dec. 10th!

Because every 27 years evil revisits the town of Derry, Maine, “It Chapter Two” brings the characters—who’ve long since gone their separate ways—back together as adults, nearly three decades after the events of the first film.

Be afraid … be very afraid … Experience the ultimate in horror with The Fly Collection, featuring the chilling original trilogy, the eye-popping ’80s remake and its terrifying sequel. Packed with hours of fascinating special features, this 5-disc set includes 1958’s The Fly starring Vincent Price; The Return Of The Fly, in which the son of the original scientist continues his father’s work; and The Curse Of The Fly, in which a woman finds she’s married into the wrong family. David Cronenberg’s 1986 remake of The Fly electrified audiences with its ground-breaking, gooey effects and the riveting performance by Jeff Goldblum as Seth Brundle, a scientist whose teleporting experiment takes a tragic toll. The hair-raising sequel to the remake stars Eric Stoltz as Seth Brundle’s son, who is beginning to show the effects of his father’s experiment. Get ready for hours of skin-crawling terror as you witness a transformation like no other – from man to fly.

Directors Zach Lipovsky and Adam Stein’s FREAKS portrays the story of 7-year-old Chloe (Lexy Kolker), who lives in both fear under her father’s (Emile Hirsch) protective and paranoid control, and fascination of the outside world, where Abnormals create a constant threat – or so she believes. When a mysterious stranger (Bruce Dern) offers her a glimpse of what’s really happening outside, Chloe soon finds that while the truth isn’t so simple, the danger is very real.

In 19th century Russia, a seminary student is forced to spend three nights with the corpse of a beautiful young witch. But when she rises from the dead to seduce him, it will summon a nightmare of fear, desire and the ultimate demonic mayhem. Bursting with startling imagery and stunning practical effects by directors Konstantin Yershov and Georgi Kropachyov, this “overlooked classic” (Paste Magazine) has influenced generations of directors for more than half a century and is still unlike any horror movie you’ve ever seen.

“One of Hammer’s better films, not only of that particular decade, but from their entire catalogue” – The Telltale Mind In Victorian London, young Dr. Jekyll attempts to create an “Elixir of Life” using female hormones stolen from the glands of fresh corpses. But when Jekyll drinks the experimental potion himself, he is transformed into a beautiful woman with an unstoppable taste for mayhem. Can both fiendish personalities share a rampage of ghastly murder and perverse desire, or will the ultimate battle of the sexes rage within? Ralph Bates (Horror Of Frankenstein, Lust For A Vampire) and Martine Beswick (One Million Years B.C.) star in this gender-bending twist on the classic tale that horror fans consider one of the most provocative shockers in Hammer history.

The world famous London Tombs scare attraction plays host to a live streamed, publicity stunt for the sequel to a cult hit movie ‘The Tombs’, bringing back the original star, Piper Lawrence. Also invited are an assortment of actors, minor celebrities and media representatives. Two teams are formed and set the task to find the skull of notorious necromancer Robert White. All the while, the professional tour guide scare actors will make their simple mission as scary as humanly possible. With all the egos jostling for prime time television coverage, the show begins and all appears fine. However, the night is about to take a terrifying turn as the event has awoken something evil. Something relentless and seemingly unstoppable starts stalking the claustrophobic halls of this maze of terror. Can old grievances be put to one side to help survive this real life night of terror and get them out alive?

While Jordan is away at college, she receives a mysterious phone call, that lures her back to her hometown, only to discover that her aunt and sister, Ashley have mysteriously disappeared. Upon arriving home Reverend Michael, is there to greet Jordan. He convinces her to stay with her estranged father until they can find more answers. As Jordan begins to ask questions around the small town, she begins to unravel the truth about her mother’s past, and the evil that has set its sights on her sister, Ashley. Will Jordan suffer the same fate as they did? It seems that only one that knows the truth is the small towns Reverend. Along Came the Devil II is the sequel to Along Came the Devil, which answers many questions about Ashley and her mother, Sarah.

In this supernatural creeper set in 14th century Korea, a curse is killing the sons of the kingdom’s highest-ranking official. When the final son dies, his pregnant widow, Ok-bun, must face vicious family politics and the vengeful spirit descending on the household. A remake of 1986 Korean horror essential, Woman’s Wail, The Wrath is elegant horror with funhouse chills. 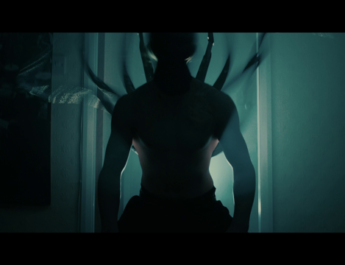 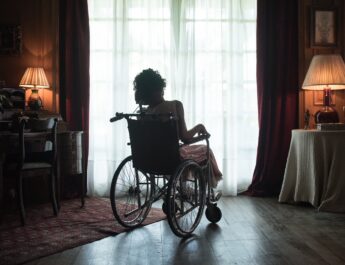 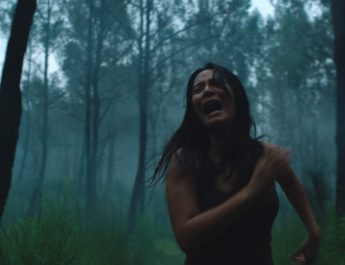 New Trailers for RANDOM ACTS OF VIOLENCE, LAKE OF DEATH and IMPETIGORE