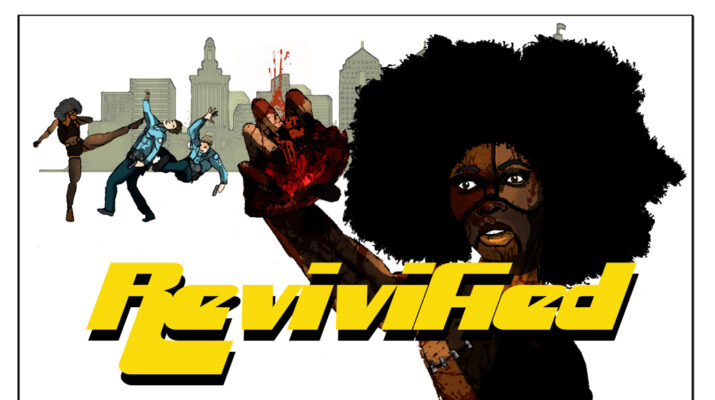 “Revivified” is an intense horror film, the first short in a horror anthology from Brad Uyeda, a longtime animator, designer, sculptor, and award-winning director and filmmaker.

Uyeda’s an expert executing stop-motion animation. He aims to bring to life a story of both physical and psychological horror that aims to be both visually impressive and stirring.

“This project combines so many things that I’m passionate about: classic horror, borne of political and social unrest; a memorable iconic creature; and the blaxploitation films of the ’70s and ’80s. “Revivified” is a perfect amalgam of sorts, allowing me to combine my love of all these things into one film.”     – Brad Uyeda

So much of my life has been trials and tribulations. I have had to meditate and reform myself in order to persevere. The tenet of rebirth is central to my personal philosophy around the journey through life. That journey is reflected in this anthology of short films, and especially in its opener, “Revivified.” They show though there is much darkness, there is also proof of light in the absolute shadow.

“Revivified” will feature Practical Effects of the highest order, designed by Kyle Thompson and created by Midnight Studio FX, experts in creating big-budget effects at an accessible price point.

Now that you’ve learned a little about the film please consider supporting it! Please click the pic and help get this film in motion…

There are plenty of fantastic rewards available in return for your pledge to this campaign. Here are a few of them…

Visit “Revivified” on Kickstarter to…

-Learn more about the movie

-How it’s going to be made

“Revivified” will be brought to horror fans by Savage Motion Studios, an animation film production company based out of Phoenix, AZ. 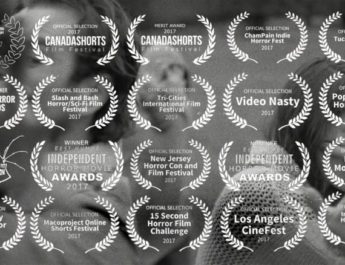