Here are some of the horror DVD/Blu-Ray releases for Feb. 23rd!

Backwoods terror and never-jangling suspense meet when Jen (Charlotte Vega) and a group of friends set out to hike the Appalachian Trail. Despite warnings to stick to the trail, the hikers stray off course—and cross into land inhabited by The Foundation, a hidden community of mountain dwellers who use deadly means to protect their way of life. Suddenly under siege, Jen and her friends seem headed to the point of no return— unless Jen’s father (Golden Globe® nominee Matthew Modine) can reach them in time.

From writer/director Adrian Hoven, creator of the infamous MARK OF THE DEVIL, comes a rarely-seen EuroSleaze masterpiece packed with krimi depravity, mondo-style shocks and graphic gothic insanity. When a group of bourgeois swingers stumble upon the creepy castle of the cursed Earl of Saxon, they’ll discover an unholy nightmare of sexual violence, bombastic philosophy, deranged performances, grisly medical experiments, inappropriate music cues and one very mad bear. A stellar cast of Jess Franco regulars including Janine Raynaud (SUCCUBUS), Howard Vernon (SHE KILLED IN ECSTASY) and Michel Lemoine (KISS ME MONSTER) star in this sumptuous platter of late ’60s filthwürst, also known as CASTLE OF BLOODY LUST. Now scanned uncut and uncensored from the German negative for the first time ever in America.

An alien with an appetite for blood & disembowelment is set loose on a small town when its spacecraft crashes. Sheriff Jack Cinder & local militia arrive on scene, a violent battle ensues, leaving only Jack, his deputy & a wild-eyed redneck as survivors. With a corrupt mayor unwilling to stand up against the Nightbeast’s reign of carnage, it’s up to Jack to evacuate the townsfolk & save the day!

A murdered body is discovered at a Gaming App launch party, guests grow suspicious of each other as they become players of the game.

Taylor Bloom comes home and finds that his father has been murdered by the mob and his secret experiments stolen. Taylor’s father Dr Bloom had created the ultimate soldier using reanimated corpses. He called these soldiers CZA’s or Cybernetic Zombie Assassins and now they are being used by the mob as the ultimate hit men. Eager for revenge Taylor and his father’s assistant create an army of the dead to reclaim his father’s property and take out the mob. Things however don’t go quite as planned and Taylor finds himself in a life and after death struggle.

A tourist family lost in the Irish countryside… a remote village that hides a hideous secret… PLAGUE TOWN – the taboo-bashing indie horror milestone that has been called “maniacally twisted” (Horror News), “chilling and disturbing” (Blu-ray.com) and “an experience that goes where most mainstream horror fears to tread” (Fangoria). Experience this “brilliant” (Quiet Earth) hybrid of grisly ’70s shockers and graphic 21st century folk-horror, hailed as “an icy hand gradually sliding along the back of your neck for 90 minutes” (Mondo Digital). From co-writer/director David Gregory (BLOOD & FLESH: THE REEL LIFE & GHASTLY DEATH OF AL ADAMSON) and the producers of STAKELAND, now featuring an uncensored HD master and Special Features produced exclusively for this edition.

Ben has always been plagued by violent nightmares, and the visions are becoming more intense. He looks for an explanation and finds Nina, a woman with a dark secret. She can transform from a sultry temptress into a demonic killing machine, and has been waiting for him. Bonus features include: Closed Captions, Scene Selection, Trailers

Cleaning out the home of his newly deceased mother, William stumbles across some belongings of his father, who died when he was just a boy. Among his father’s things, he discovers an old ham radio and, fascinated, attempts to use it. Over the airwaves, he stumbles upon a strange woman, Eva, who suffers from paranoia and agoraphobia, and hides a dark secret of her own. Wary at first, she slowly begins to thaw, and they strike up a distant friendship – their respective radios the only thread that connects them. But Eva isn’t the only thing that comes to him through the radio. Something desperate has stirred, attempting to reach William, to take hold of him and pull him into the shadow world of memories best left forgotten. The two worlds collide, and William is rushed down a path that is paved with deceit, lies and an awful truth, a truth that pulls him into a world of darkness from which he cannot escape.

A man tries to save his wife and daughter from supernatural occurances inside his house.

The Devil Always Gets his Due! It’s Halloween eve and a young couple are desperate for something fun to do. They find a weird video store just as it’s about to close and beg the store owner to rent them the scariest movie in the store! The creepy owner agrees on one strict condition- that the DVD must be returned by midnight or they must pay the late fee! Halloween turns out to be a real nightmare as the couple lose track of time and rush to return the video! But it’s too late and they learn the hard way that the penalty must be paid in blood! From the producers of Flesh For The Beast. (90 mins)

When a school teacher is plagued by recurring nightmares of a mysterious entity, he travels to his childhood home because suspects a link to a dark incident in his past.

Flesh For The Beast tells the dark tale of a notorious occultist who conjures up a brothel full of ravenous female demons from hell! A century later, a team of ghost hunters investigate the haunted manor for evidence of the restless spirits. DEAD RIOT stars horror icon Tony Todd (Clive Barker s Candyman) as Shadow, an executed and resurrected serial killer who invades a women s prison with his insatiable zombie army. Shadow seeks the inmate known only as Solitaire who somehow senses her impending doom and prepares for a supernatural martial arts showdown of epic proportions! A unique fusion of Asian action, The Walking Dead and women-in-prison antics! (179 mins on 2 DVDs) The Cult Movie Network – The New Home for B-Horror Streaming 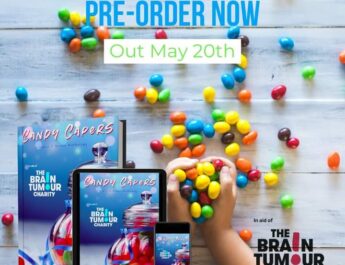