Masterwork: Industry Conversations is a series of live interviews with long-established and award-winning filmmakers with ties to Chicago. Each live interview is followed by a Q&A with the audience. Join us to learn all about these filmmakers’ journeys in the film and television world and their secrets to success. To watch the live interview and all previously recorded interviews, become a member today!

Join us for a very special edition of Masterworks with horror film powerhouse Gary Sherman!

A writer, producer, and director, currently in post-production of his latest film, 39: A Film by Carroll McKane, has a long list of feature film credits including such horror classics as Death Line (aka Raw Meat), Dead and Buried, Poltergeist III and the highly successful, innovative action thriller Vice Squad. He has also created and/or produced many television series including Sable (based on the Mike Grell comic book), Missing Persons and Poltergeist: The Legacy. Aside from his known creative abilities, he has run several successful production companies and holds patents on some hi-tech systems he has invented. A self-confessed technophile, he has been “possessed” by computers and new media since his first “516K word-cruncher” back in the Dark Ages. 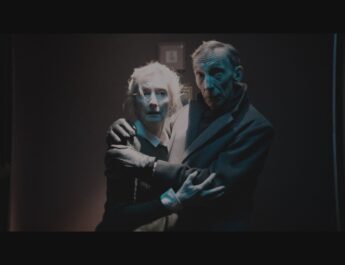