The Trailer for Shady Dawn Pictures’ next horror film “The Demon’s Waltz” has been released.

Rebecca, a private investigator, is hired to delve into the origins of a mysterious TikTok challenge that has caused the deaths of several people.  She soon learns the truth behind the old adage, “the longer you stare into the abyss, the abyss stares back into you”, as her investigation invites a terrifyingly real evil into her own home.

Briana Aceti from “The Girl in the Cornfield” stars as the private investigator, alongside Kailee McGuire, Sophia Zalipsky, Breanna Engle, newcomer Dustin Tyler, and more.

The film was inspired by writer/director Ryan Callaway’s hatred of the TikTok app. After almost being lured into participating in one of his stepdaughter’s videos, in revenge he started thinking of ways to demonize the app and stumbled upon an interesting angle to pursue. The film is premiering in Red Bank, NJ at Basie Center Cinemas on March 26th at 7pm. No release date is currently set, but the film is expected to be released on VOD & Blu-Ray during the summer.

Malvolia: the Queen of Screams to Release Season Four

THE CLEANSING HOUR Comes to Shudder 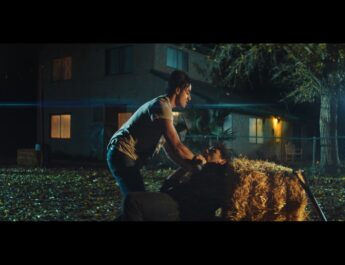 “Cerebrum” Coming to On Demand this May