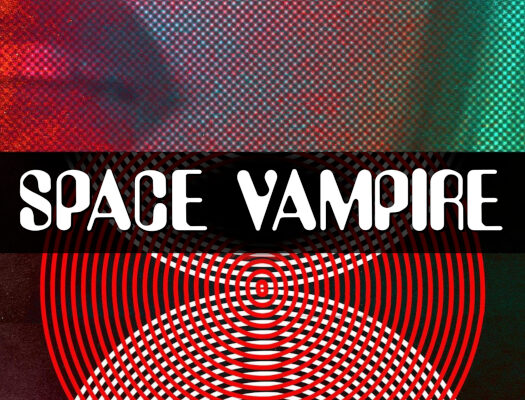 “A full-on experimental piece with overtures of vampirism, this is the director playing within his style and exploring boundaries of narrative.”

Filmmaker, writer and magazine editor Chris (QUEEN OF BLOOD, the upcoming GIRL WITH A STRAIGHT RAZOR) Alexander’s SPACE VAMPIRE has been picked up by noted indie genre label Darkside Releasing for North American Blu-ray and TVOD release. The meditative and surreal feature film will be released on August 17th, with more platforms and territories to be announced in the coming months.

SPACE VAMPIRE is a wholly experimental, multi-media meditation on memory, isolation, identity…and bloodletting. Filmed on a shoestring and completed during the pandemic, SPACE VAMPIRE tells the story of a beautiful leather-clad humanoid (Ali Chappell, NECROPOLIS: LEGION) who walks the earth in a dream. Holing up in a monstrous home by day and prowling the streets by night, the otherworldly woman flits in and out of reality, replaying the grisly murder of her doppelganger (Cheryl Singleton, FEMALE WEREWOLF) while doubting her sanity and the very nature of her existence.

Shedding traditional story structure and shot with camcorders, phones, toy cameras and 16mm film, SPACE VAMPIRE is a singular work of obsessive, existential ideas, images and sounds meant to express concepts of vampirism. Borrowing elements of films like UNDER THE SKIN and LIFEFORCE while still being wholly unique, it’s a psychedelic fever dream that’s propelled by Alexander’s own brooding ambient electronic score.

The special edition Blu-ray release will feature a full commentary by Alexander as well as the SPACE VAMPIRE companion short film OF THE DEAD, starring Chappell as a reborn version of the same character, lost in the afterlife.

Get ready to lose yourself in one of the strangest films of the year. Get ready for SPACE VAMPIRE.

Chris Alexander is a Canadian writer, editor, music composer and filmmaker. From 2009-2015 he served as the editor-in-chief of the American horror film magazine FANGORIA and is the editor-in-chief and co-founder of cult film magazine DELIRIUM. Alexander has also edited and published several licensed magazines for the iconic rock band KISS. He is the writer, director and composer of the avant garde horror films BLOOD FOR IRINA, QUEEN OF BLOOD, BLOOD DYNASTY, FEMALE WEREWOLF, SPACE VAMPIRE, NECROPOLIS: LEGION (produced for Full Moon Entertainment) and the upcoming thriller GIRL WITH A STRAIGHT RAZOR. As a musician he has released the albums MUSIC FOR MURDER, BLUE EYES OF THE BROKEN DOLL, THEY DRINK YOUR BLOOD and BODY DOUBLE. For more on Alexander’s work visit www.ChrisAlexanderOnline.com. 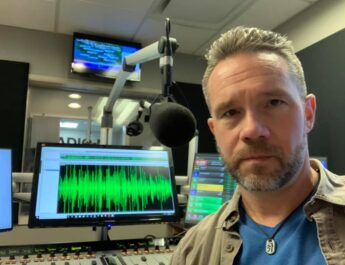