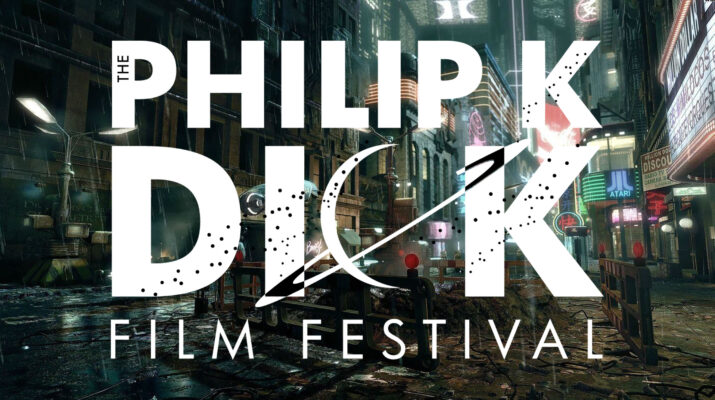 The 2021 Philip K. Dick Science Fiction Film Festival has announced the award winners for its ninth annual event which featured a lineup of film screenings, discussions, virtual reality, and screenplay and graphic novel competitions. Held in-person from September 17-18at the Producers Club Theaters in Midtown Manhattan and virtually on September 19, the festival honored its literary namesake by recognizing 19 official selections for outstanding filmmaking and storytelling. More information on this year’s festival and all upcoming events is available at https://www.thephilipkdickfilmfestival.com.

Synopsis: A scientist battles an otherworldly Lunamancer for the soul of his sister, armed only with his faith and a crowbar. Starring Nicki Clyne (BattleshipGalactica).

Synopsis: A botched faith healing on a bullied teenager bestows Native American powers that “reflect” any attempted physical harm back on his aggressor. When his lifelong tormentors pull a prank that kills someone he loves, he uses his powers for revenge and goes on a bloody rampage to settle the score. Starring LanceHenriksen (Aliens) and Natasha Henstridge (Species).

Synopsis: An experimental feature documentary that explores current realities of android development with a focus on human/machine relations, gender & the ethical implications of this research. The film records cutting edge laboratories in Japan & the USA where scientists attempt to make robots move, speak & look human. These scientists & their discoveries are contextualized with cinematic & pop culture references, to underline the mythic, comic & uncanny aspects of our aspirations.

Synopsis: A lonely mechanic builds a mechanical boy – and becomes an unlikely father to his own creation. Directed by the executive producer of HBO’s The Nevers and starring Clancy Brown (The Shawshank Redemption).

Synopsis: After most of the human race has evacuated earth and relocated to a new world across the galaxy, a group of survivors forms a desperate plan to escape our planet and join the rest of humanity…but the plan comes with a significant risk. Directed by the co-executive producer of NBC’s Manifest and starring Grace Byers (Empire), Jack Coleman (Heroes), and Loretta Devine (Family Reunion).

Synopsis: A man who fears death discovers the secret of immortality, but learns that eventually, everything dies – everything except him.

BEST ESCHATON, SINGULARITY AND BEYOND SHORT

Synopsis: Astronaut Anna awakes on Earth alone after an accident on the surface of the moon. As she undergoes rehabilitation with her attending physician and trainer, she slowly remembers. Yet the differences between her present self and her recollected memories trouble her. Anna eventually learns the truth about her accident.

Synopsis: In this supernatural horror tale based on a Korean ritual, a woman entertains a macabre marriage offer that would let her pursue her dreams, for better or for much much worse. Starring Grammy and Emmy-nominated standup comedian Margaret Cho, and Lyrica Okano (Marvel’s Runaways).

Synopsis: A film about Cassie and her life during a pandemic, one of quarantine, routines, monotony, consistency, day in, day out – that is, until she runs out of coffee.

Synopsis: A brave captain and his faithful mate transport a captive warrior, who holds The Inventory of The Mind, across the interstellar line. When their ship is forced to navigate an asteroid field, their mission is jeopardized.

Synopsis: A group of super powered scientists are sent through time by Winston Churchill to fight nazis.

Synopsis: As grad student, Harleen Quinzel researches a newly deceased Joker for her thesis, she soon uncovers the commonality she shares with Gotham’s most-feared; spiraling back into the darkness of her own private and tortured past.

Synopsis: Emi, a gamer, and her friend Hiroshi illegally hack together her gaming console and her AI device (like a Google Home or Amazon Alexa) and then enter the virtual reality RPG (role-playing-game) game world that the AI creates, set in medieval Japan. As they progress in the game, it becomes increasingly glitchy and weird and it becomes evident that Emi and her friend’s lives may be in danger from a deviant AI.

“The core of my writing is not art but truth.” – Philip K. Dick

The Philip K. Dick Science Fiction Film Festival launched in 2012 as New York City’s first and only festival of its kind. The festival honors the enduring legacy of novelist Philip K. Dick, whose enormously effective works composed of fictional universes, virtual realities, technological uprising, dystopian worlds and human mutation served as a significant observation of the current state of society. Organized by individuals and filmmakers who understand the difficulties and challenges of presenting unique narratives in a corporate environment, the festival embraces original concepts and alternative approaches to storytelling in the form of independent science fiction, horror, supernatural, fantasy and metaphysical films. Since 2013, the festival has held additional gatherings in France, Germany, Poland, Rotterdam, and Los Angeles.