The first film out of the gate will be Isaac Rodriguez’s found footage horror film, “LAST RADIO CALL” on January 14th, followed by Kipp Tribble’s home invasion horror film, “EVIL AT THE DOOR” on January 21st. The films will premiere exclusively on the Terror Films channel featuring a live chat event with the filmmakers, cast and fans during the premiere. The films will be released wide, across Digital and VOD platforms one week later after their premieres.

In addition to new releases, the channel will also feature the distributor’s entire library of diverse, indie horror films, which will eventually expand to an international audience.

“This is such an exciting time for us as a company”, stated Terror Films’ President, Joe Dain. “This was a necessary, next step in our ongoing efforts to grow our brand while increasing the reach and revenue streams of our amazing library of horror films”.

Written and Directed Rodriguez, who also produced alongside Cynthia Bergen, LAST RADIO CALL centers around Officer David Serling, who went missing inside the abandoned Yorktown Memorial Hospital. One year later, his wife has hired a film crew to help bring light on what really happened that night. Using recovered body cam footage, she discovers a dark secret that sends her spiraling down a horrific path of ancient evil. She must now face an unknown terror to find the answers she desperately seeks. Starring Sarah Froelich, Jason Scarbough, June Griffin Garcia, Ali Alkhafaji, KeeKee Takatsuki, Bert Lopez, and Makayla Rodriguez, the film will be available across digital and VOD platforms January 21st, one week after it debuts on the Terror Films Channel. 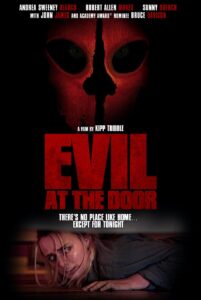 Written and Directed by Tribble, who also produced alongside Patrick Rivera, Kenny Yates and Executive Producer Richard Siegelman , EVIL AT THE DOOR centers around a secret guild that has operated for nearly a century, known as The Locusts. Once a year this guild treats its members to a night of curated home invasions (aka, “runs”), known underground as “The Night of The Locusts”. With 180 minutes to do as they please with the occupants of the selected home, four masked men enter the home of Daniel and Jessica and begin to engage in sick, twisted games with them. Unbeknownst to the intruders, Liz, Jessica’s younger sister, is hiding under the bed. While the run time winds down, Liz plots her escape as The Locusts realize there is a traitor in their group. But will the division amongst the intruders be enough distraction for Liz to survive before The Locusts’ clock runs out? Starring Bruce Davison, Andrea Sweeney Blanco, Robert Allen Mukes, Kipp Tribble, Kenny Yates, Sunny Doench and Richard Siegelman, the film will be available across digital and VOD platforms January 28th, one week after it debuts on the Terror Films Channel.

Evil At The Door – Official Trailer 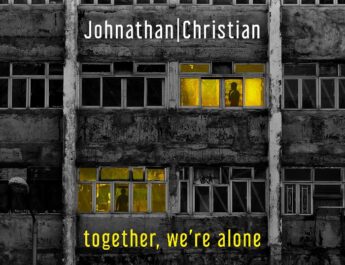