Here are some of the horror DVD/Blu-Ray releases for February 1st!

Capture all the generation-spanning ghost-trapping and slime-fighting fun with the GHOSTBUSTERS ULTIMATE COLLECTION! Go back to the beginning with the classic supernatural comedies that defined a generation: GHOSTBUSTERS and GHOSTBUSTERS II, featuring the superstars of the supernatural battling ghosts and other spooky foes to save the world! Then experience the next chapter in the original Ghostbusters universe with GHOSTBUSTERS: AFTERLIFE. When a single mom and her kids arrive in a small town, they begin to discover their connection to the original ghostbusters and the legacy their grandfather left behind.

When a young man steals forbidden knowledge from a sacred plant, he falls to its darker temptations and unleashes ages of suffering onto mankind.

Two travel vloggers check into a vacation rental with a host that will do anything for a good review.

From acclaimed filmmaker Philip Kaufman (The Wanderers) comes this chilling ’70s adaptation of Jack Finney’s classic novel The Body Snatchers. Filmy spores fall from space over San Francisco, and the city blossoms with beautiful new flora. People take the flowers home and, as they sleep, the plants creep over them, devouring their bodies and stealing their identities—their emotions, their uniqueness, their souls. If you notice an eerie change in someone very close to you, chances are you’re next! More than just a highly effective sci-fi thriller, Invasion of the Body Snatchers treats contemporary problems of urban paranoia and loss of individuality with intelligence and sensitivity… and ends with the single most horrifying frame in movies. Featuring a brilliant screenplay by W.D. Richter (Big Trouble in Little China), gritty camerawork by Michael Chapman (Raging Bull) and awe-inspiring special effects, Invasion of the Body Snatchers is a pulse-pounding shocker with wonderful performances by Donald Sutherland (The Puppet Masters), Brooke Adams (The Dead Zone), Leonard Nimoy (Star Trek II: The Wrath of Khan), Jeff Goldblum (The Fly) and Veronica Cartwright (Alien).

Nocturna: The Collection brings together both award-winning films from iconic horror director Gonzalo Calzada into one ultimate collection. In “Nocturna: Side A – The Great Old Man’s Night”, Ulysses is a hundred-year-old man, battling for redemption on his last night on earth. Faced with imminent death, he is forced to rethink his past, his present and his take on reality. “Nocturna: Side B – Where the Elephants Go to Die” brings a new twist to the tale as a woman narrates the final night on earth of a 100-year-old man, whom fights for redemption from his life’s misdeeds.

A horror retelling of the nursery rhyme Jack and Jill. A group of friends grieving a recent loss meet up with one another only to discover they are being hunted by Jack and Jill. 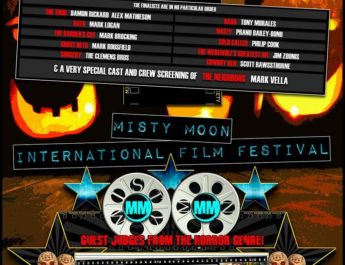 The Misty Moon International Film Festival, a spooky celebration of film from around the globe 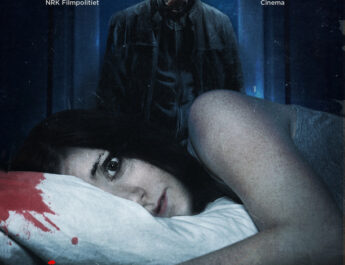 Norway’s Most Grotesque Horror Get US Street Date