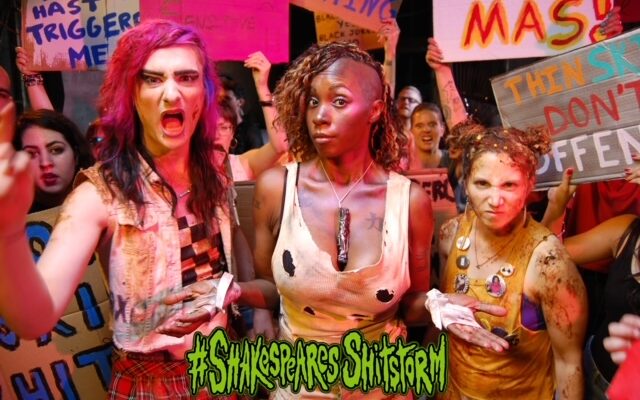 After receiving unbelievable attention on the Film Festival Circuit, #Shakespeare’s Shitstorm has been chosen by the Museum of the Moving Image for its NYC theatrical debut on April 8th, 2022, coinciding with a week of screenings at the historic Cinema Village. 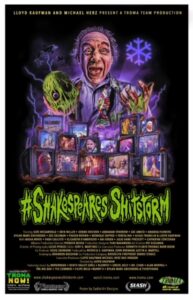 The Opioid Epidemic is destroying America. Legendary director Lloyd Kaufman celebrates Troma’s 45th and his 50th year making movies, by taking on Big Pharma, addiction and the intolerance of social media in #ShakespearesShitstorm. This irreverent musical adaptation of “The Tempest” is ripe with bawdy couplets, Hieronymus Boschian images of excess and unrefined iambic pentameter.

#ShakepearesShitstorm marks the most ambitious project in Troma’s 45 year history. Working with one of Hollywood’s best special effects companies, Troma brings a whole new experience to their stylized brand. Having a bigger budget also brought about larger scale on-location filming in Albania (a first for narrative feature films in the country) as well as a celestial orchestral score from Portugal and a little help from the Bard. Shakespeare has never been this raw and unfiltered.