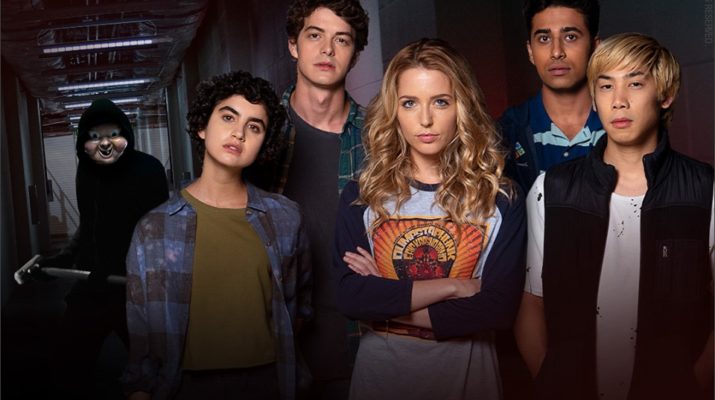 Here are some of the horror DVD/Blu-Ray releases for May 14th!

It’s déjà vu all over again for Tree Gelbman, the snarky sorority sister who solved her own murder by repeatedly reliving her death. When the masked campus killer mysteriously returns to terrorize new targets, Tree cycles through another time loop of clever chills and suspense in Happy Death Day 2U, the inventive follow-up to Blumhouse’s hit thriller Happy Death Day.

Two violent young men take a mother, father, and son hostage in their vacation cabin and force them to play sadistic “games” with one another for their own amusement.

A busload of tourists on holiday discover that they are going on an unscheduled trip… a trip into the macabre. They find themselves lost and in need of food and shelter. A gloomy castle ahead seems to be the refuge that have been seeking. What they don’t know is that Baron von Runberg, the castle’s owner, lives under an ancient family curse – one that will draw the unsuspecting guests into a terrifying game of death. As they enjoy a splendid meal at the Baron’s table, a beautiful stranger arrives at the castle. And the nightmare begins…

BRAND NEW 4K RESTORATION! An Experiment in Terror! Elisabeth Shue (The Saint, Leaving Las Vegas) and Terence Stamp (The Limey, The Real McCoy) co-star in this suspenseful horror film directed by Richard Franklin (Road Games, F/X2) and featuring a chilling score by legendary composer Jerry Goldsmith (The Omen, The Satan Bug, 100 Rifles). Young graduate student Jane Chase (Shue) becomes the new assistant to an eccentric zoology professor (Stamp) at the remote home he shares with two brilliant chimpanzees and an elderly orangutan butler named Link. But when one of the chimps is found dead and the professor mysteriously disappears, Link becomes dangerously aggressive towards Jane. Now, the time for “monkey business” is over and the true terror is about to begin.

Kirk Douglas (The Fury) stars as industrialist Robert Caine, who with his son Angel (Simon Ward, Supergirl) is finally about to realize his biggest dream: a massive nuclear power plant in the Holy Land. But soon, Caine’s dream becomes a horrific nightmare as person after person associated with the project meets a violent, gruesome death. When clues to this inexplicable turn of events point to the devil, Caine comes to the terrible realization that he might be linked to the Antichrist … perhaps even through his unborn child.

In 1994, a production team in Eastern Pennsylvania brought together a group of local pro wrestlers and young actors to make a horror-action film. A quarter of a century later, the movie was finally finished: After accidentally killing an opponent in the ring, a professional wrestler takes a job at a group home for youth offenders. But when a psychopath wearing a wrestling mask begins butchering the teenage residents, their rehabilitation will become a no-holds-barred battle for survival.

His award-winning FX career spans both grindhouse (BRAIN DAMAGE, FRANKENHOOKER, the LEPRECHAUN series) and art-house (Matthew Barney’s CREMASTER CYCLE). Now writer/producer/director Gabe Bartalos brings his own years-in-the-making vision to the screen, as an unhinged orchestra conductor named Bernard (Jason Dugre of Bartalos’ SKINNED DEEP) graphically descends into a surreal odyssey of chaos, psychosis and “f*cked-up sh*t that looks cool as hell” (Bloody-Disgusting.com). Warwick Davis (WILLOW) and notorious Andy Kaufman cohort Bob Zmuda (MAN ON THE MOON) co-star – with a performance by punk legends The Damned – in this “must-see for the truly adventurous” (UnseenFilms.net), transferred from the original negative and unleashed beyond the underground festival circuit for the first time ever.

A family moves to a small town in California, where they plan on starting a new life while running a long-abandoned funeral home. The locals fear the place, which is suspected to be on haunted ground. Bonus features include: Trailer, Behind-the-Scenes featurette, Director’s Audio Commentary, English Subtitles for the deaf and hearing-impaired

Five friends from New York City embark on a rural getaway for their Thanksgiving vacation, but they soon find themselves being targeted by a murderous psycho.

Cherokee Creek is an 80’s style raunchy horror comedy about a bachelor party in the woods that turns deadly when the ultimate party animal Bigfoot shows up and crashes it. Equal parts vulgar, gore and dark comedy Cherokee Creek is a can t miss tale of debauchery and sasquatchian horror!

Hero or Villain? While being sent on numerous missions of assassination, this modern day Ninja warrior is plagued by a single self imposed question. “Would the child I once was, be proud of who I’ve become?” The question haunts him until he meets and altruistic young women who shows him how to be his true self and unleash his Dragon again his corrupt and bloodthirsty adversaries.

A torn suburban family refuses to heed the warning of an innocent prank left upon them which causes an unknown supernatural force to wreak havoc.

Two independent filmmakers hire a prostitute to explore the life of a sex worker. When their social experiment becomes more intense, the director blurs the lines between creating art and living out his violent repressed sexual fantasies. Falling deep into a dark hole of depravity, the director’s will is bent as the prostitute turns his own fantasies against him. They will do anything they want. And so will she.

Witnessing the murder of your father at the hands of your own drug addict mother can take its toll. Jason tries to live a normal life, but like a soldier with PTSD it’s not so easy when you’ve been traumatized to the core. When people connected to him start getting gruesomely picked off one by one, Jason battles personal demons that may be behind the reasons he’s the number one suspect in a killing spree that has even the homicide division in disbelief.

From the darkest corners of the underground comes a collection of deeply depraved tales that are guaranteed to get you crawling out of your skin. Fearless crazed killers, demonic spirits from hell, deranged perverts and satanic Santa’s are on their own mission to find the ultimate climax to get their kicks. Roll the dice, and hit 21 with this awesome anthology of horror drenched, cult cinema sickness. Watch at your own risk! Not for the Squeamish!

Dinosaurs are back, used as the perfect animals to grow human organs for transplants. But in doing so, scientists have made them all but indestructible, leaving humans scrambling to fight back when the creatures escape a research lab.

TWO DISC SET Bluray/DVD! From cult director Tim Ritter! A man suspects his wife of adultery and goes on a killing spree, eliminating all he believes are sleeping with her, but his victims don’t stay dead. A first ever Director’s Cut of the movie on a Dual Blu-RayDVD release. Besides new cut release include several bonus items including the original cut, making of, new commentary, bloopers, alt cut scenes and more Bonus features include: Bloopers, Original Cut, Director’s Cut, Commentary Track

While horror movies use the point-of-view shot to put you in the victim’s place, Don’t Call the Police places you in the role of the villain. Camera shots linger instead of cutting. This project also asks, Do you need to know the victim’s back story, or can you be dropped into terrible moment in the character’s life and immediately cringe’

A group of university students in the New Mexico desert unearth an ancient mummy, on which one of the students performs a secret blood ritual, awaking the death-hungry spirit of an Aztec king. This lord of the dead soon possesses each of the students, in his bid to spread evil to the world.

A family heading toward their holiday destination are encouraged to take a shorter route by their GPS navigational system. During their journey they suddenly find themselves stranded. They are lost in the woods, away from any civilization with no fuel and no way of contacting the outside world. Will they reach their destination ? Includes Bonus Features!

In this sequel to Jack Hunter’s PARANOIA TAPES, we join Chase to find the missing pieces of what went wrong in the events of the first film. Chase, who is another personality of Henry’s, decides to look at other Tapes that we’re hidden within Henry’s house. He desperately searches for answers and clues to find out who he is and if in fact, Chase is the real personality and that Henry was the psychotic one. With each tape that is played, we realize there is a bigger picture than what we realized. Featuring segments from all over the world including Belgium and Japan while also showing segments from several YouTubers who wanted to make their name in the independent found footage community. Each short was written and based on actual events. Some of the shorts shown are in fact, the real deal with no special effects or altered footage. This movie will make you forget about the first one and will make you want more from Jack Hunter and the team at Southern Sykos Productions. 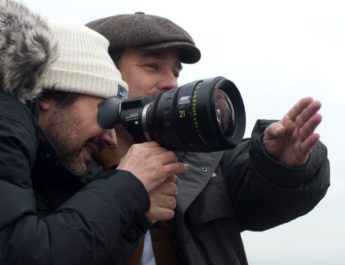 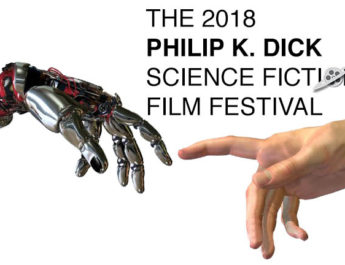