Legendary horror creator and American Horrors founder, Hart D. Fisher, has announced his 1st round of selections to be screened October 26th & 27th as part of the 3rd annual American Horrors Film Festival to be held in historic downtown Lake Geneva, WI, at the Geneva Theater.

All entries can be made online at:
americanhorrorsfilmfestival.com/ or at
https://filmfreeway.com/festival/TheAmericanHorrorsFilmFestival

Dieter Sturm is an Academy Award Winning special effects genius based out of Lake Geneva Wisconsin, a local legend who’s done everything from radio, special effects gags on David Letterman, an appearance on 60 Minutes while working for the original Dungeon & Dragons team in the early 80s and the mastermind behind All Season Extreme, working to bring the groundbreaking SnowFlex products to American shores.

Skum Love is a legendary figure in the Los Angeles music scene, from working at The Whiskey (as stage manager), The Roxie, Cazares, to metal music labels like Epitaph, Road Runner, Evilive & Interscope. Skum Love has also worked directly with Danzig, Rob Zombie, Fear Factory, Monster Magnet, Buckcherry, Type O Negative, Prong, Ozzy, Sepultura and is the singer of the band SkumLove with a brand new album out (Sinister Minister) under the EMP label.

Jennifer Finds a Dark Secret in this “Skeletons in the Closet” Clip for The House on Pine Street! 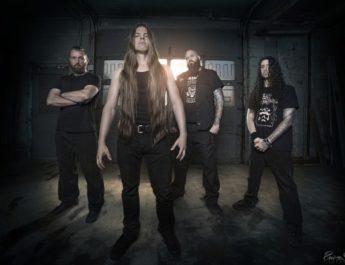