A spinoff of the Australian sensation Miss Fisher’s Murder Mysteries, the swinging 1960s crime series follows the fearless and spirited Peregrine Fisher (Logie Award-nominated Geraldine Hakewill, Wanted), the niece of world-class adventuress and private detective Phryne Fisher, as she inherits a windfall from her famous aunt and sets out to become an exceptional sleuth in her own right.

Recently portrayed by Martin Clunes in the hit Acorn TV Original drama Manhunt, former Detective Chief Inspector Colin Sutton and his cases are featured in this new series exploring the crimes themselves and the breakthrough moments when a suspect was identified and arrested.

Acorn TV is North America’s largest streaming service specializing in world class dramas, mysteries and comedies from Britain and beyond, including Midsomer Murders, Manhunt, and My Life is Murder. Acorn.tv

Atlanta’s hottest dancers transition from working in the club to life Beyond the Pole. Friendships are tested, finances are strapped, but together these ladies hustle to move Beyond the Pole.

ALLBLK is an invitation to a world of streaming entertainment that is inclusively, but unapologetically – Black. Featuring a diverse lineup of content that spans across genres and generations, the ALLBLK library includes exclusive original series such as Craig Ross Jr.’s Monogamy, A House Divided, and Double Cross; must-see independent films, nostalgic Black cinema, popular network TV, lively stage plays, and so much more. www.ALLBLK.tv

Critically acclaimed 6th season continues every Thursday ahead of the Sunday television broadcast on AMC. In the season finale, everyone desperately scrambles to live out the coming destruction on their own terms.

New dark comedy follows the story of Allison McRoberts (Annie Murphy, Schitt’s Creek), a woman we all grew up believing we knew: the prototypical Sitcom Wife. She’s beautiful and can take a joke (though she’s usually the butt of them). But what happens when we follow Allison out of her husband’s domain? When she finally wakes up to—and revolts against—the injustices in her life?

AMC+ is the company’s new premium streaming bundle featuring an extensive lineup of popular and critically acclaimed original programming and offers a growing slate of original and exclusive series including Gangs of London, The Salisbury Poisonings, Cold Courage, Spy City and forthcoming dramas Too Close, The Beast Must Die and Kin. AMC+

When a lone drifter with partial memory loss, Isaac, accepts a job to look after his landlord’s niece, Olga, for a few days, it all seems like easy money, but there is a caveat; he must wear a leather harness and chain that restricts his movements to certain rooms. Trapped and at the mercy of Olga, Isaac begins to discover secrets in the house that coincide with the terrifying resurgence of his own memory. Starring Jonathan French, Leila Sykes and Ben Caplan.

Recently discovered and restored in 4k 46 years after its completion by the George A. Romero Foundation, the film stars Martin’s Lincoln Maazel as an elderly man who finds himself disoriented and increasingly isolated as the pains, tragedies and humiliations of aging in America are manifested through roller coasters and chaotic crowds.

Shudder is a premium streaming video service, super-serving members with the best selection in genre entertainment, covering horror, thrillers and the supernatural. Shudder’s expanding library of film, TV series, and originals is available on most streaming devices in the US, Canada, the UK, Ireland, Germany, Australia and New Zealand. www.shudder.com

Detective Jess Savage (Kate Elliott, Wentworth) tries to leave the past behind and make the most of her tentative new relationship with daughter Ruby (Timmie Cameron, Shortland Street) – but a blackmailer is making that impossible.

Set in an industrial, labyrinthine seaside town, strangers are suddenly bursting into flames for no reason. Suicides? Murders? Supernatural phenomena? To find out, Louise (Marine Vacth), an ambitious and unstable journalist, and Gabriel (Oliver Gourmet), a brilliant psychiatrist mourning his son, lead the investigation.

Sally’s (Katherine Kelly, Cheat, Criminal: UK) conviction is overturned, and she’s found not guilty. She’s spent the last 5 years in prison for the murder of a 14-year-old boy – once her pupil. Now a free woman, life in her hometown has moved on. Can she find the real killer and prove her innocence?

Sundance Now offers a rich selection of original and exclusive series from engrossing true crime to heart-stopping dramas and fiercely intelligent thrillers from around the world, including The Bureau, Des, and Discovery of Witches. SundanceNow.com 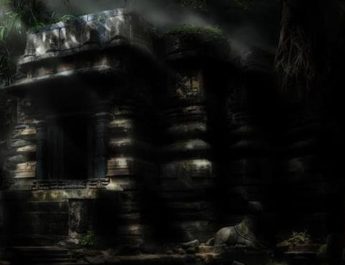