2021- the year of UFO Disclosure has captured the imagination of the media and the public. With newly released footage of US Naval operations being buzzed by unidentified flying objects, the public consciousness and its interest in the unknown has been re-sparked, and now Fractured Visions Films is proud to announce their soon to be released alien abduction film that will answer the public’s questions on what the phenomena actually means for us in 21st century life, as well as uncovering the disquieting truth on WHO is piloting these craft and their potentially malevolent intentions. Are we under the mind control of a shadow government program, or do we face an even darker threat from a species who wish to manipulate our race into a disturbing New World Order?

The world we know is about to change. Whether we like it or not. 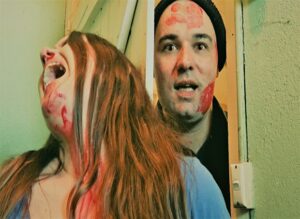 Fractured Visions films, an independent film company from the West Australian wheatbelt present a sci-fi horror film with stunning relevance to the current wave of UFO disclosure. When Abigail White (Britt Hadlow) a famed playwright returns to the childhood farm where she grew up, she is confronted by nightmarish visions and recollections of her childhood. When she meets local paranoid schizophrenic Mason Bennett (Casper Jean Rimbaud) and told that she is the unwilling participant in a government assisted, alien grey conspiracy to enslave the population of earth by a process of ET/human hybridization, her life and the life of her seven-year-old sister spins violently out of control.

A prequel to Casper Jean Rimbaud’s novel ‘Post Encounter’ (revolving around shadow government programs and the stealth control of Earth by a malevolent extraterrestrial race) High Strangeness is ready to satiate the public’s fascination with the UFO phenomena and in co- ordination with government disclosure, fully answer the disturbing questions it presents. 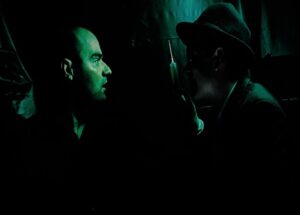 High Strangeness is an alien abduction film for ‘Generation Disclosure’ and after discovering that we are NOT alone in the universe, you may soon wish that we were.

The whole truth will be revealed in August 2021. Do you dare experience ‘High Strangeness’? 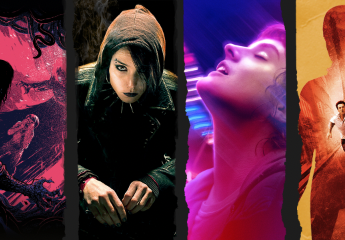